After almost 2 months of following the Mediterranean Sea, I have finally made it to Berlin where I will begin my exchange semester. I am definately very happy to be here, although I can’t say that I wont miss the warmth of Southern Europe. 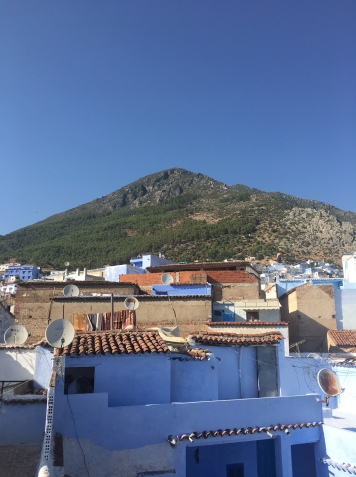 Travels in Croatia and Morocco

Although I visited Berlin a few years ago in winter, this is my first time in summer, and my first time as trying to experience Berlin as a local.  I have been here for 2 days now and here are my experiences so far:

Firstly, I noticed how cold it was compared to all the places I had just been during my travels (Croatia, Spain, Morocco). It’s only the start of September and already I need to wear a jacket and long pants! I thought it would get to experience a warm Berlin for once! I am both excited and scared for how this weather will progress..

The second thing I noticed is that everyone here actually spoke the language of the country I was in – again, a difference from south France and Croatia where all I saw were tourists. It definately feels more authentic to be surrounded by locals rather than tourists.

I hadn’t moved in to my apartment yet so I stayed in a hostel which was only €10 a night, but was quite amazing. It had its very own artist in residence who made sculptures and artworks which were on display in the court yard. I also joined a “food market” tour from the hostel which took us to a very international food market, with stalls from Nigeria and Uraguay. The Berlin meatballs however, were the tastiest. (I find that I always learn the word for delicious during my travels. In Morocco it’s “ladid,” in Germany its “Lecker.”)

A church and markets in Berlin

The next day I moved into my apartment on Sewanstraße, which is part of the student housing. My room is absolutely enourmous and I’m in a great area that’s walking distance from 2 Aldi’s and 2 train stations.

I live in a very suburban area, and so the old saying “oh don’t worry, everyone in Berlin speaks English” doesn’t really apply. Which is actually a good thing because it gets very frustrating when you are trying to learn German and everyone keeps answering your questions in English! But anyway, my favourite experience so far has been helping an old German man on a park bench book his flights with Ryanair, and then proceed to have a 15 minute broken-german conversation with him. He is a 67 year old opera singer, who called me crazy for leaving Australia, but admitted that there is no better city in the world for young people than Berlin.

Just a tip for those wanting to come to Berlin/Germany on exchange: be prepared for the intense German Beurocracy. I had to go to a post office and get an ID check just to get a prepaid SIM card. Make a copy of your passport and carry it around whenever you need to apply for anything.

Bachelor of Science in Analytics