Firstly, whilst Germans are stereotyped for their efficiency, they do not hesitate to schedule their semesters much later than the rest of Europe. This being said, I won’t officially begin my studies until the latter half of April at TUM in Munich. As such, I am unqualified to comment on my studies over here! However, I left home in early January and have spent much time living out the Aussie travelling stereotype; venturing as far east as Russia and also to the most westerly point on the European mainland in Portugal.  Here are some of my reflections after months on the road. 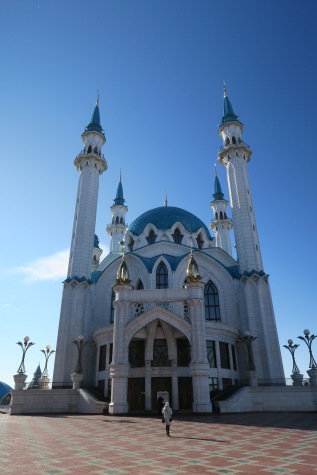 If you in any way suddenly doubt the months of paperwork and planning for your time abroad, I recommend arriving early to get some travelling done before you study! In Europe you are blessed with flights from the Ryan Air Heavens to any major city so there really is no excuse not to capitalize and go see the world. If budgeting is your approach, cheap overnight busses through Polish countryside and hitching the Baltic countries can also be an interesting experience. Regardless of how you get around, the journey through Europe showcases the variety of cultures living together in an area similar to that of Sydney to Perth. Moreover, in such a multicultural setting, working through language barriers and other differences is not problematic with everyone welcoming each other and their stories.

Exchange for me is an opportunity to have my own space. Nothing could reaffirm this more than months of Hostels including some of the loudest snorers and most rickety bunk beds imaginable. This is not to say Hostels aren’t fun; I have made friends all over Europe and shared some of the most amazing adventures with people I became great friends with in under 24 hours.

I still haven’t moved in to my place here in Munich yet I already feel at home here after my love hate relationship with hostels.

After saving all your money back home, some would feel unsure about spending it all travelling before you even arrive and have to live abroad for half a year. To these people I say you are right and wrong. If you are someone who can hold themselves to daily spends, check your bank account as you travel and not go crazy with splurges, then by all means travel and spend your money pre-semester. However, this is easier said than done and it can be stressful to arrive if you are already low on money. I however consider myself to my peers the champion of budgeting so if you want my secrets shoot us an email 🙂

So far, I have only been in Munich for two nights now (including stumbling accidentally through what must be the Red Light District of Munich and third-wheeling a Grindr date) so I am very excited to see more of the Bayern state and the Alpine regions that I can see from the city centre. The reality of studying will also have to happen at some point!

“Learning how to be an active citizen in other environments was a very eye-opening and rewarding experience. I enjoyed my Virtual Global Short Program so much, I hope to complete another program prior to finishing my studies.”
Big shout out to @maddiehennessey for sharing their memories of Global Exchange in Sweden, we love a good throwback! ✈🇸🇪
Are you looking to have a positive impact on the world? Look no further than Climate Action Virtual Internships this summer! 🌏
What is cultural intelligence (CQ) and why do you need it? 🌏🤔
Interested in studying overseas for a session or two?
Did you know that by completing a Virtual Global Short Program you earn 20 elective points towards the @utsbuild global leadership program?