I have been in Munich for just over a month now and the time has flown by! At first the culture shock was quite intense, particularly because my residence is in a german student village…so most students speak german / bavarian. This made my first few days a little bit isolating but after going to a few events I have met many great friends.

Living in Munich is extraordinary, the city is very small and has more of a village feel than a city, with a central town area where events often take place. Living below the alps is an amazing experience and they can be seen clearly from the city on a clear day. In terms of the student social scene there is stuff to do every day, with the universities working hard to arrange activities and the ERASMUS / Exchange representatives setting up meeting events every weekend.

I was lucky to stay with a dozen german students on a farm a few weeks ago while on an excursion to draw a historic building for the week. Having very limited German language experience this week became a crash course in german! Although all students will speak quite good english, the student naturally feel more comfortable talking amongst themselves in their native tongue. I enjoyed this because it gave me an opportunity to push myself into learning some German and stop getting by using english all the time. 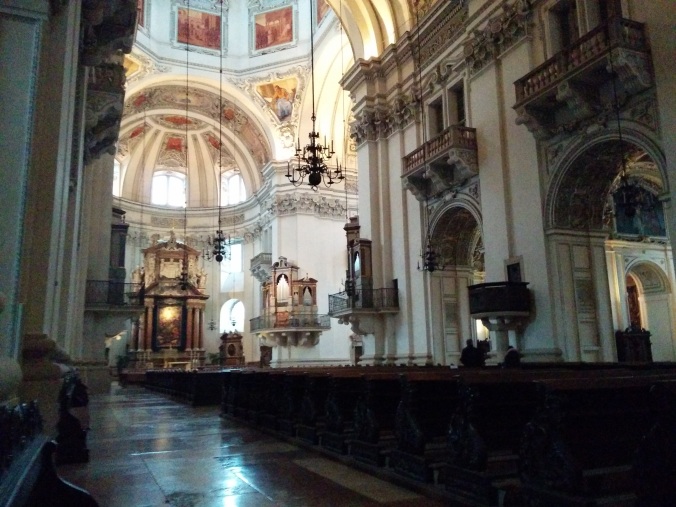 During the Spring – the state of Bavaria celebrates beer and culture with the Frülingsfest which is apparently a precursor to Octoberfest or Die Weis’n as it is traditionally called. The tents are full of beers and food and music and lederhosen…and the smiles continue all day until you cannot smile any longer! it is a fantastic experience that should not be missed. I should note that I have learned the typical associations we have with Germany such as the lederhosen, 1 litre beers, big pretzels and farmland are not really German at all. They are in fact Bavarian which is a state of Germany. There is a distinct rivalry between northern and southern Germany – however I am glad that I have landed in Bavaria because the cultural traditions are very strong, as shown below.

Thank you for reading!

Bachelor or Civil Engineering and Architecture

Big shout out to @maddiehennessey for sharing their memories of Global Exchange in Sweden, we love a good throwback! ✈🇸🇪
Are you looking to have a positive impact on the world? Look no further than Climate Action Virtual Internships this summer! 🌏
What is cultural intelligence (CQ) and why do you need it? 🌏🤔
Interested in studying overseas for a session or two?
Did you know that by completing a Virtual Global Short Program you earn 20 elective points towards the @utsbuild global leadership program?
Do you look at the world and wonder how we'll solve our biggest problems? 🌏🤔 Then the Global Leadership Forum Asia-Pacific, presented by UTS BUILD, is for you!