Not the first time moving to another country and not my first trip alone either, but it is always a nervous thing to do. I am currently sitting in my new apartment in Eindhoven, Netherlands. Having been on a whirlwind for the past three weeks getting things organised and then flying out the country there was so much to do before I left. Passport applications for my UK one, packing my entire life away, selling tech gear to earn that little bit more money, printing and copying important documents, seeing people before I left, getting my study plan organised, running around Sydney feeling like a chicken without a head probably didn’t help all that much. Then an 11 hour flight at 7am to Korea, one night in Seoul City and then another 11 hour flight to Amsterdam.

But I made it. 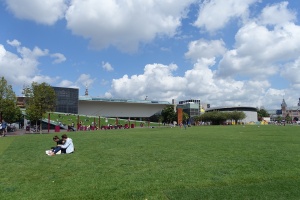 And what a beautiful city it is! From the second I dropped my bags off at the hostel, and started walking round, I knew that I had fallen in love. Within the next three nights that I was there and walking round, it almost felt like home. Dutch people are polite, friendly, welcoming and all-round nice. The one thing you have to watch out for is every other human being in Amsterdam. To cross the road you have to watch out for the bike lanes that have scooters in them, the tram lines, the cars, motorbikes, trucks and buses. The Museum district has some beautiful architecture, with the modern art museum a huge building of glass and metal juxtaposed out of an old building. The north of the city contains no tourists from what I could see and was kept in pristine condition with houses, canals, bridges, windmills and parks that looked like they had stood the test of time and kept going. 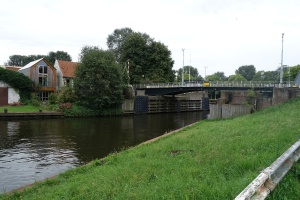 Eindhoven by comparison is completely different to the bustle of Amsterdam. It is quiet, pristine and beautiful with everyone just going about their own business like there is no one else that matters. There is so many cool thing to discover here in Eindhoven that I am very lucky to have the next six months to discover them. The dutch language is very hard with their pronunciation of words that I know that it will be a challenge to learn.

I am miles away from home and loving every minute.

3 thoughts on “Mighell away from Home” Leave a comment ›