Well, what can I say about Mannheim?My initial thoughts were all based on the concept of “Where the hell is all this German effeciency I keep hearing about?”. Things take longer to do – there are always lines everywhere, and don’t even get me started on the finer points of dealing with a German bank.

Eventually I came to realise that Germans are just way more relaxed.
Ok, you can stop laughing now.

Seriously, Germans are probably the most polite and most friendly people I’ve met in Europe so far. All those fears about being caught up in a city where my German language skills are *cough*minimal*cough, cough*, were completely false. Almost everyone speaks varying degrees of what is known where as ‘Denglish’ – and even if they don’t most people will go out of their way to help you get on your way or, in my case, work out how the washing machines in the basement work.

In other news I opted to stay in student housing – which has,altogether, not been as disgusting as I was assured it would be. I’ve introduced my flat mates to the legendary sport of Australian fly-swatting, as well as showing them how to properly burn…ah I mean..cook sausages, which you have to call wurst here.
Did you hear the joke about the sausages? Naaah, I won’t tell you it, sausage jokes are the wurst. And that is just a sampler of German humour for you xP

Now, for my uni. I go to school in a palace. Thats right – we’ve got some Hogwarts business going on right here 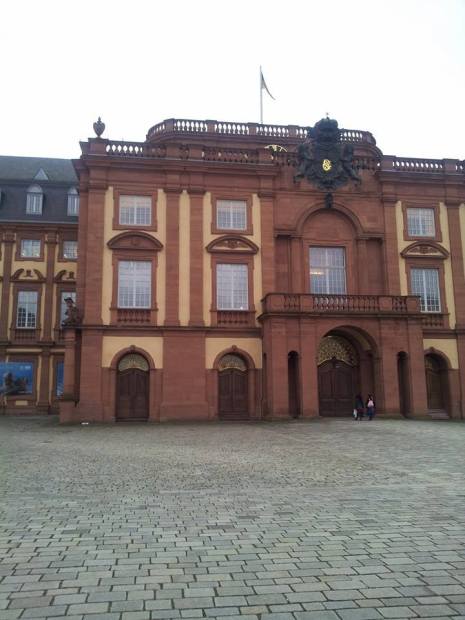 Now, lets get to the most important part…the food!

Danish’s, danish’s everywhere. Also pretzels (more like breadzels here) of all types. The ones with the melted cheese on top are by far the most mindblowing I’ve tried so far.

My appartment block is right in the middle of what is known as ‘Little Istanbul’ – so I am smack back in the centre of all the Turkish food I could ever want to try. It’s a very good thing I love on the 5th floor with no lift in sight. It’s never something I though I’d be thankful for xP
Don’t get your hopes up about Japanese or Chinese here though – it’s seriously overpriced, and the quality is only so so compared to what you get in Sydney. 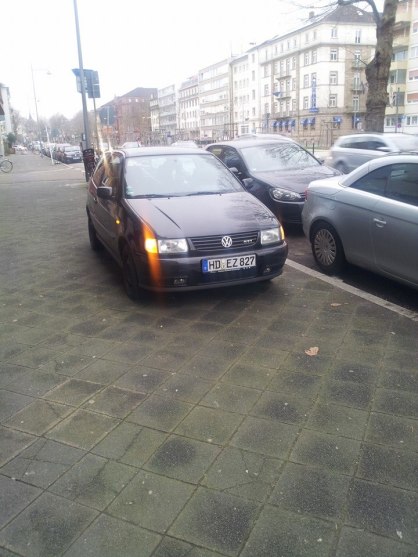 If you decide to drive here, know that parking is kind of an interprative sport… 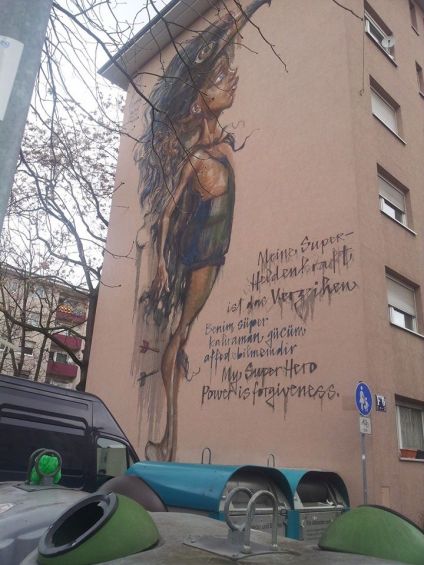 Germans are famous for their signs… 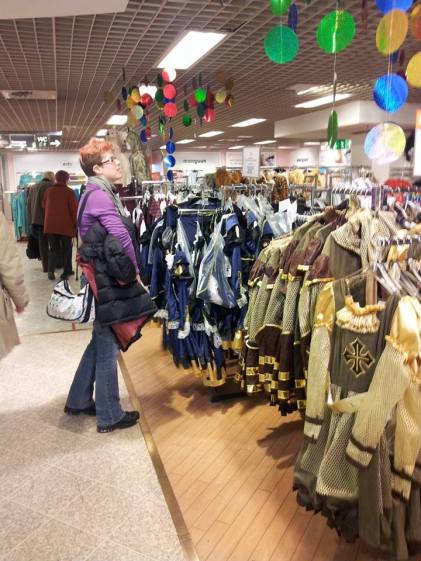 One department store getting ready for Fasching (sort of a Germany wide carnival celebration).

Over all it’s been an interesting month in Germany – the homework load keeps you way busier, but the reward for getting it all done on time is often a lot more fun – did anyone else hear Weekend trip to Paris?!