It’s one of the most glorious days we have had yet, I’m sitting in Central Park on the grass under the shade of the trees and I can’t help thinking just how lucky I am to be in this awe-inspiring city. The sun and the clearest blue sky I have seen yet has brought so many people outdoors today, including me. People in the park are playing Frisbee, juggling soccer balls and lapping up our first ‘proper’ day of spring. My friend from Adelaide (its funny that I have acquired more Australian friends than Americans) and I rushed through our lab, hopped on the subway and headed straight for the park. That’s what I love about this city, as big as it is – everything seems so close, you just jump on the subway and you are already uptown, or you find yourself on the wrong train and heading downtown towards Brooklyn (that’s happened to me more than once!)

Walking around the streets of New York still feels surreal to me; I don’t think it will ever feel like I’m not on a movie set. The city is always so busy (as lame as it sounds it literally never sleeps!) and there is always so many things to do and to see, I’m out exploring as much as possible, it’s just a pity classes get in the way sometimes.

Having not shared a room with anyone apart from my sister when I was 4 made me a bit anxious about the housing situation before coming. Although once I arrived I realised I had nothing to be anxious about, my roommate and I couldn’t have gotten along better. She took me out the first night we met and introduced me to people I would have otherwise never met, we ended up having a great night! It’s great living with an American who knows the area and can help you out with all the American slang. Living in the dorms at PACE is so much fun, I’ve made friends with neighbours from across the hall who all come from very different backgrounds and a variety of places all over America.

The transition of coming from a heat wave back in Sydney to one of the coldest winters New York has seen yet, was like a giant slap in the face. I have never experienced a place so cold! The cold was worth it though because of the snow. I don’t think there is a prettier time of year then when the streets are covered in a thick white blanket of snow. We had our first snow day when New York got hit with Blizzard Nemo, classes got cancelled, it was such an awesome day! The following day the sun was shining and we went to Central Park, there was still over a foot of snow and we carried on like kids at the park, making snow-angels and snowmen and having snowballs fights. The photos I took of Central Park that day don’t do it justice, the way the park looked covered in snow was simply indescribable. 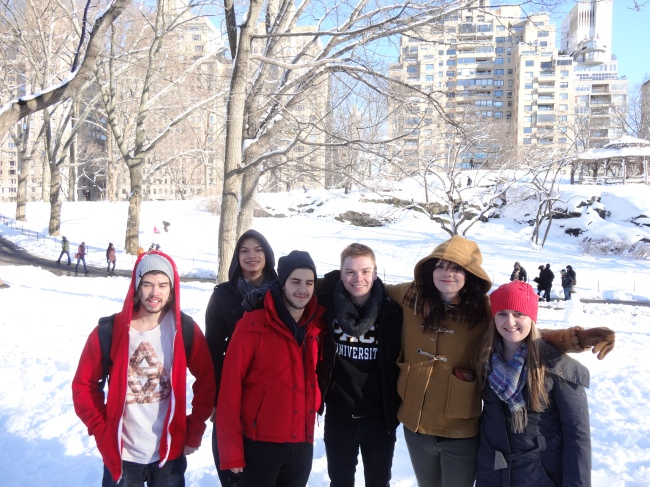 Clearly once I had my first real taste of snow, I was eager for more. One weekend I went upstate to a friends house and went skiing for the first time, the next weekend I went to visit my cousin in Maine (which was about a 10 hour bus ride away) and the snow there was incredible, it beat any snow in New York, we went on a snow hike and it was probably the prettiest hike I have ever done.

As much as I love New York and snow I was ready for some warm weather (having survived a blizzard and a few nor’ easters). Spring Break in Florida was absolutely amazing. Seven of us (6 Australian’s and 1 loudmouth American) all crammed into one mini-van and drove from the City to Florida!

It was a long drive, close to 24 hours after we sorted out our car troubles, but it was a lot of fun. Endless singing, car games including: 20 questions, what would you rather, trying to name all 50 states (thank god there was an American in the car) and general excitement about Florida made the time fly by. Eventually we made it to Orlando! My dreams came true when we went to Universal Studios seeing Harry Potter World, somewhere I’ve wanted to go since the place opened. Disney World was also a highlight of the trip. We then camped in a state forest at Daytona Beach for 2 nights and then made our way to Fort Lauderdale and we went jet skiing which was awesome!! 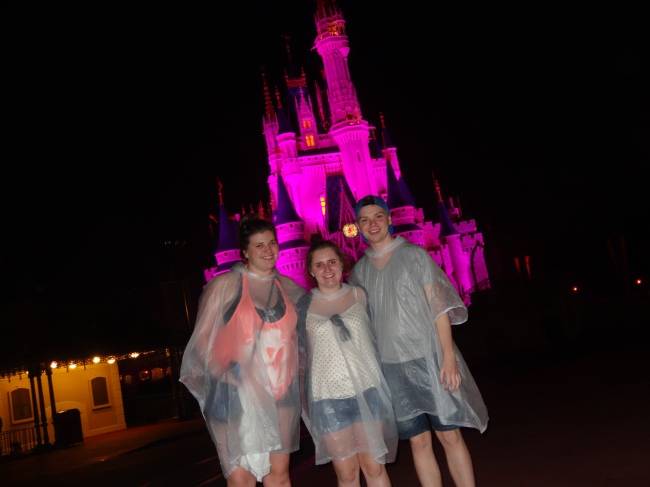 I can’t believe that in 5 days I would have been in this incredible city for 3 months, the time here has flown by, but at the same time I feel like I’ve been here for ages! The more I do the more I realise there is to do! Hopefully I’ll be able to tick everything off my bucket-list. I’ve loved every minute of exchange, I can’t wait for the semester to end to start travelling around the rest of this country and see what it has to offer.